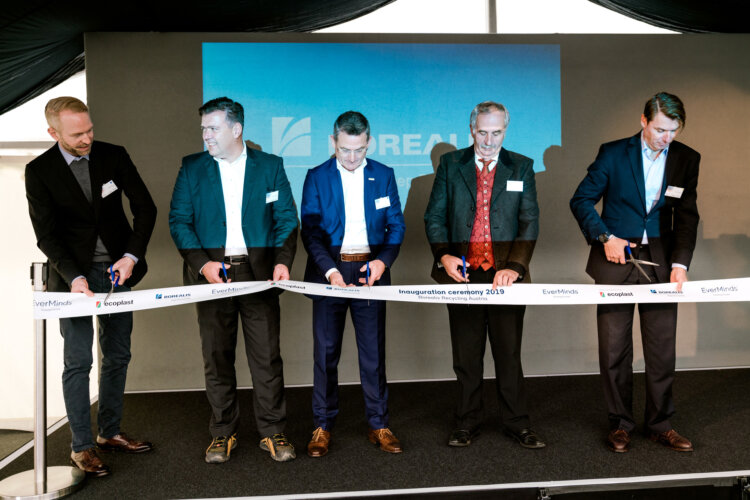 On 3 October 2019, Borealis and Ecoplast celebrated the successful conclusion of a strategic investment at their plastics recycling location in Wildon, Styria/Austria. Ecoplast processes plastic waste from both domestic and industrial consumers into top quality recyclate and now its existing production capacity has been boosted with an ultramodern polyethylene (PE) film recycling line. The new plant improves operational procedures and raises markedly the output of recycled material. It also represents a move that enables Borealis to further consolidate its presence in the plastics recycling field, especially in its home country of Austria.

In August 2018 Borealis acquired Ecoplast Kunststoffrecycling GmbH in addition to mtm plastics GmbH and mtm compact GmbH, one of the largest European producers of post-consumer polyolefin recyclates in Germany. The Ecoplast company in Wildon, Austria, processes post-consumer plastic waste into high-quality recyclate, which is predestined primarily, but not exclusively, for the plastic film market. The current investment was already planned prior to the company purchase.

The investment at the Ecoplast constitutes an appropriate response to rising market demand for recycled material and facilitates a 60% rise in production capacity. This meets the market need for low-density polyethylene (LDPE) recyclate, which is the preferred raw material for film packaging, while securing unchanged top quality levels. With this sizeable capacity increase, Borealis has again underlined its leading position and pioneering role with respect to the furtherance of circularity in the plastics industry.

As Lucrèce Foufopoulos-De Ridder, the Borealis Executive Vice-President Polyolefins and Innovation & Technology, explains, “Borealis sees the drive towards a circular economy as a top priority. The investment at the Ecoplast location is a key step to attain our circular economy solution targets and brings us a step closer to our objective to quadrupling our recycling production by 2025.”

The new mechanical recycling system employs a fully automatic process for the preparation and comminution of plastic wastes, as well as optimized washing technology and improved near-infrared (NIR) sorting steps. Owing to their differing chemical compositions, the various types of plastic absorb the NIR waves and can therefore be classified with a high degree of homogeneity. This not only reduces the amounts of waste, but also raises yield and permits more economic operation plant operation.

“Ecoplast’s key competence lies in the recycling of flexible materials from extremely contaminated household and commercial refuse into a product that is suitable for the production of thin-walled film packaging,” says Lukas Intemann, Ecoplast Managing Director. “The new plant enables us to enhance our recycling capability in both a qualitative and quantitative regard, whereby our customers profit from a significant increase in capacity and a high and above all consistent quality.”

Watch our video or click here to learn more about how Borealis drives the Circular Economy of Plastics.

Launched in 2018, EverMinds is an umbrella brand that unites the wide range of Borealis activities and initiatives aimed at increasing the circularity of plastics. The EverMinds platform is intended to promote a circular mind-set among all Borealis stakeholders and not only encompasses proprietary Borealis technologies, but also established brands such as Purpolen™ and Dipolen™. In addition, it facilitates intensified collaboration between Borealis and its partners in order to develop innovative and sustainable polyolefin solutions on the basis of a circular model founded on recycling, reuse and design for circularity. EverMinds also extends to pioneering corporate programmes such as the STOP project and the group’s involvement in industry initiatives that include the Polyolefins Circular Economy Platform (PCEP), and the CEFLEX project.

Borealis is a leading provider of innovative solutions in the fields of polyolefins, base chemicals, fertilizers and melamine. With its head office in Vienna, Austria, the company currently has more than 6,800 employees and operates in over 120 countries. In 2018, Borealis generated EUR 8.3 billion in sales revenue and a net profit of EUR 906 million. Through its holding company, Mubadala owns 64% of the company, with the remaining 36% belonging to the Austria-based OMV, an integrated, international oil and gas company. Borealis provides services and products to customers around the globe in collaboration with Borouge, a joint venture with the Abu Dhabi National Oil Company (ADNOC) and Baystar™, a joint venture with Total and NOVA Chemicals in Texas, USA. www.borealisgroup.com

Ecoplast Kunststoffrecycling GmbH, which is located in Wildon, Styria/Austria, processes waste from both domestic and industrial consumers into top quality LDPE and HDPE recyclates. Ecoplast became a member of the Borealis Group in August 2018. www.ecoplast.com 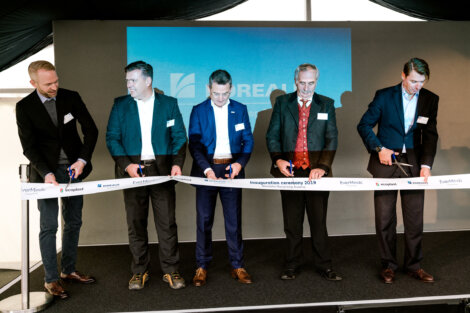 Home News Borealis steps up its commitment to plas...