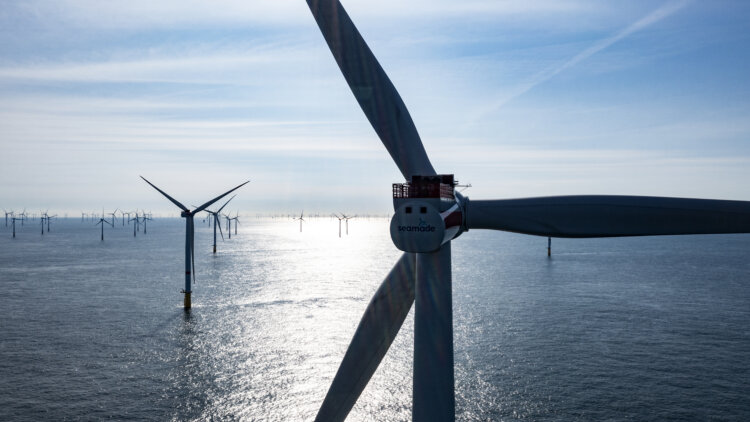 Borealis, one of the world’s leading providers of advanced and sustainable polyolefin solutions and a European front-runner in polyolefins recycling; and Eneco, an integrated sustainable energy company, announce that they have signed a second ten-year power purchase agreement (PPA) to supply renewable electricity for Borealis production operations in Belgium. Eneco, which has an exclusive offtake agreement for the entire output generated at the SeaMade offshore wind farm in the Belgian North Sea, will supply around 150 gigawatt hours (GWh) each year to Borealis over the next ten years, starting in 2024. The additional renewable electricity procured through this agreement brings Borealis closer to realizing its aim to use 100% renewable electricity in its Polyolefins and Hydrocarbons businesses by 2030.

Borealis and Eneco: partners in sustainability for the long term

With a total operational capacity of approximately 487 megawatt (MW), SeaMade is the largest wind farm in the Belgian North Sea. It comprises two offshore concessions commissioned at the end of 2020, Seastar (with 252 MW), and Mermaid (235 MW), each with two offshore substations. The farm’s 58 wind turbine generators, each with 8.4 MW capacity, are located around 45 km off the coastal city of Ostend. Taken together, Seastar and Mermaid have the capacity to power the equivalent of around 500,000 Belgian households every year.

Eneco established itself as a pioneer in the renewable energy transition by becoming one of the first energy companies in Europe to chart a sustainable course for the production and supply of renewable power to its customers in Belgium, the Netherlands, UK, and Germany. Eneco has a 12.5% combined stake in the SeaMade project; the rest is held by partners Otary RS NV (70% stake) and Electrabel NV (17.5%). In procuring 100% of the SeaMade output, Eneco moves closer to its goal of becoming completely climate neutral by 2035 as defined in its One Planet Plan.

The first PPA between Borealis and Eneco, signed in October 2020, entails delivery of wind power from Mermaid to Borealis Belgian operations as of January 2021. The new, second PPA covers the supply of renewable electricity to Borealis from the Seastar wind park. The renewable electricity generated within the framework of the second PPA – around 1.5 terawatt hours (TWh) over ten years – will lower Scope 2* emissions at Borealis operations in Belgium by approximately 22,300 tons per year. These PPAs represent progress towards realizing the objective of increasing the share of renewables in the electricity mix to 40% by 2025 and ensuring that by 2030, 100% of the electricity used to power Borealis operations in Polyolefins and Hydrocarbons is of renewable origin.

“Our new PPA with Eneco for roughly 1.5 TWh of renewable power over the next ten years is an important step forward for Borealis in achieving our own Energy & Climate targets,” says Borealis Executive Vice President Base Chemicals and Operations, Wolfram Krenn. “Having strong and reliable partners like Eneco enables us to accelerate our climate neutrality efforts. This is what we mean by re-inventing essentials for more sustainable living.”

"As part of our One Planet Plan – becoming climate neutral by 2035 – assisting our customers in their path to climate neutrality is an important element,” says Jean-Jacques Delmée, CEO of Eneco Belgium. “By combining our decarbonization efforts, together we can achieve more and faster. We act now, and we set the pace for others.”


* Scope 2 emissions are greenhouse gas emissions stemming from the generation of energy purchased by Borealis.

About Borealis
Borealis is one of the world’s leading providers of advanced and sustainable polyolefin solutions and a European front-runner in polyolefins recycling. In Europe, we are a market leader in base chemicals and fertilizers. We leverage our polymer expertise and decades of experience to offer value- adding, innovative, and circular material solutions for key industries such as consumer products, energy, healthcare, infrastructure and mobility.
In re-inventing essentials for sustainable living, we build on our commitment to safety, our people, innovation and technology, and performance excellence. We are accelerating the transformation to a circular economy of polyolefins and expanding our geographical footprint to better serve our customers around the globe.
With head offices in Vienna, Austria, we employ 6,900 employees and operate in over 120 countries. In 2021, we generated total sales of EUR 12,342 billion and a net profit of EUR 1,396 million. OMV, the Austria-based international oil and gas company, owns 75% of our shares, while the remaining 25% is owned by the Abu Dhabi National Oil Company, or ADNOC, based in the United Arab Emirates (UAE). We supply services and products to customers around the globe through Borealis and two important joint ventures: Borouge (with ADNOC); and Baystar™ (with TotalEnergies, based in the US). www.borealisgroup.com | www.borealiseverminds.com

About Eneco
Eneco is a leading company in energy supply & production of renewable energy and one of the biggest player in the production of wind in Belgium, The Netherlands, Germany and the United Kingdom with more than 1000 MW renewable production capacity. Eneco has been active on the Belgian consumer market since 2011 and has the ambition to provide families with 100% durable energy that is produced on Belgian soil through 124 windmills and more than 350.000 solar panels. The company is also involved in Norther, the biggest offshore wind park in front of the Belgian coast. In total Eneco Belgium provides power & gas to more than 1 million residential connections & 55.000 businesses. Eneco also offers reliable investment opportunities to citizen’s and local communities through divers investment programs by means of crowdfunding, obligations & direct participation through cooperatives. Eneco wants to build a New – completely sustainable – World and wants to do more than only the production & supplying of sustainable power. The company also focuses on energy-efficiency through insulation projects, offering solar panels, energy-storage, electrical charging stations and other innovative products and services. Eneco Belgium has more than 350 employees and is located in Mechelen, Ghent and Waver. www.eneco.be

About SeaMade:
SeaMade NV, is a combination of 2 offshore windfarm concessions: Seastar (252 MW) and Mermaid, (235 MW), a cooperation between Otary RS NV (70%), Electrabel NV (17.5%) and Eneco Wind Belgium SA (12.5%).
With 58 8.4 MW wind turbine generators and 2 offshore substations in both concession areas, SeaMade is the largest wind farm built in the Belgian North Sea, with an operational capacity of about 487 MW. From 2020, SeaMade will supply renewable energy for 500,000 households. A reduction of more than 600,000 tons of CO2 emissions is achieved with this. 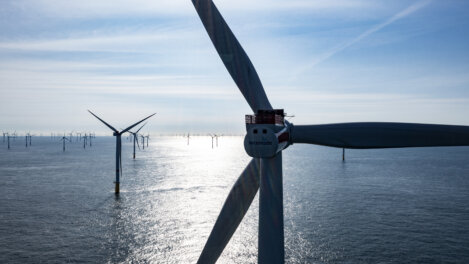