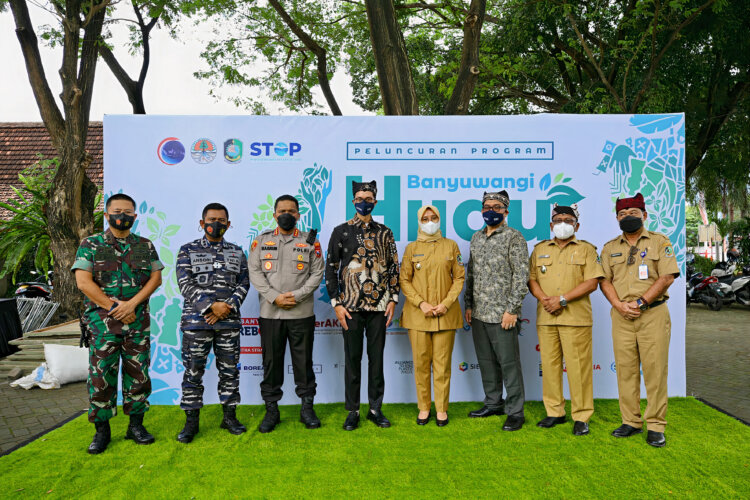 Project STOP celebrates major milestone in the new year: its first city partnership in Muncar located in the Banyuwangi Regency in East Java, has achieved all financial, governance and technical targets, demonstrating that public-private partnerships can work to permanently reduce waste and plastics leakage into the environment and oceans. Now in 2022, Project STOP Muncar starts its new autonomous phase: managed solely by local government and the community.

At present, Project STOP Muncar reaches 90,000 people with regular waste collection services and is recycling and composting waste in its two material processing facilities, at a full system cost of $30/tonne. Moreover, the programme has achieved a double-digit profit margin due to high community participation (more than 90% of households), and waste fee payment coupled with efficient operations.

Based on this success, the Banyuwangi government has asked Project STOP to expand waste operations to the entire Banyuwangi regency. A Memorandum of Understanding (MOU) was signed on 23 December 2021 formalising this ambitious waste expansion.

“We are very pleased to be partnering with Project STOP through the Project STOP Banyuwangi initiative, to align and develop cooperation in comprehensive waste management resulting in economic benefits, health for the community, and safety for the environment,” said Ipuk Fiestiandani, Regent of Banyuwangi. “I hope this partnership can support the Banyuwangi Regency in implementing a sustainable waste management system, as an effort to prevent environmental pollution, to increase the recycling rate, and to provide social benefits to the community, as an expansion from the current approach in Muncar municipality.”

Every day, 850 tonnes of waste are generated in Banyuwangi Regency with over 78%, or 666 tonnes, mismanaged daily[1] primarily from households burning or dumping their waste in nearby rivers or the environment. Project STOP will work with the Banyuwangi government to implement Banyuwangi’s ambitious Solid Waste Master Plan, co-developed by several Banyuwangi Agencies, the CLOCC program[2]
and Project STOP.

“To create Project STOP, and then initiating it together with our partner SYSTEMIQ, this initiative has been very close to our hearts,” commented Thomas Gangl, Borealis CEO. “Being able to hand over the first city partnership programme to the local government fills us with joy, as it means that all of us got this right: the programme has now "grown up” and reached economic autonomy. We celebrate this milestone together with all our project partners and look forward to further expanding this important programme.”

By 2025, Project STOP is planned to be operating at full capacity and will be offering circular waste collection to 2 million people, collecting 230.000 tonnes of waste annually (25,000 tonnes of plastic) creating 1,000 new full-time jobs since its inception in 2017 with Project STOP Muncar.

The Coordinating Minister for Maritime Affairs and Investment, Luhut Binsar Pandjaitan, said: “The government and the private sector must work hand in hand to solve waste management issues, in line with Indonesian government’s target to reduce 70% of marine litter by 2025. We appreciate the efforts and initiative by the Banyuwangi Government and Project STOP to support circular economy and to stop plastic waste polluting our environment.”

“Tackling waste and in particular plastic waste pollution is notoriously hard. Establishing new waste management systems can fail from any one of a thousand fragile points. Muncar was our first challenge, followed by Pasuruan and Jembrana, and I am so proud of the unwavering dedication, grit and creative problem solving of our government partners and our team that led to these impressive results and incredible milestone we celebrate today,” said Joi Danielson, SYSTEMIQ Partner - SE Asia. “They have provided a successful path for Project STOP Banyuwangi, and hopefully many other city partnerships.”

A handover ceremony was hosted on 21 February 2022 at the Banyuwangi Regency auditorium to celebrate Muncar’s autonomy and marking the new expansion to Banyuwangi, with key local and international stakeholders joining in person and online. Attendees consisted of numerous government officials, including representatives from the Coordinating Ministry for Maritime Affairs and Investment, Ministry of Environment and Forestry, Norwegian Ministry of Foreign Affairs, Banyuwangi government, local organisations, village heads, SYSTEMIQ, Borealis and Project STOP team members. The Interim Head of Environmental Agency in Banyuwangi, Dwi Handayani, testified: “Since 2017, we are partnering with Project STOP to provide a sustainable waste management and accessible to the community in Muncar. Now, through this multi-stakeholder partnership in Banyuwangi, we will be working together to achieve integrated waste management targets for a clean and healthy regency.”

About Project STOP Banyuwangi (“Banyuwangi Hijau”)
Project STOP Banyuwangi, or in Bahasa, Banyuwangi Hijau, is an expansion from Project STOP Muncar that combines a regency level waste system model with a material aggregator into a circular waste and recycling solution that can transform waste economics. Launched in January 2022 by Borealis and SYSTEMIQ, in partnership with the Banyuwangi Government in East Java, Indonesia, the programme is a collective initiative to strengthen the waste management systems approach for the better livelihood and healthy environment of the community.

Banyuwangi Regency is located in the east of the island of Java, the geographic and economic centre of Indonesia, and home to more than half its people.

Project STOP’s strategic partners include the Norwegian Government, Nestlé, Borouge, the Alliance to End Plastic Waste, and Siegwerk. Project STOP’s success is in large part thanks to these collaborations as well as its close partnership with local and national government offices in Indonesia, including the National Ministry for Environment and Forestry (KLHK) which it has a Memorandum of Understanding (MOU) with, the Coordinating Ministry for Maritime and Investment Affairs (CMMAI) and the Regency governments in the regions it works. STOP now has a team of 35 committed environmental leaders.

About Borealis
Borealis is one of the world’s leading providers of advanced and circular polyolefin solutions and a European market leader in base chemicals, fertilizers and the mechanical recycling of plastics. We leverage our polymers expertise and decades of experience to offer value adding, innovative and circular material solutions for key industries. In re-inventing for more sustainable living, we build on our commitment to safety, our people and excellence as we accelerate the transformation to a circular economy and expand our geographical footprint.

With head offices in Vienna, Austria, Borealis employs 6,900 employees and operates in over 120 countries. In 2020, Borealis generated EUR 6.8 billion in sales revenue and a net profit of EUR 589 million. OMV, the Austria-based international oil and gas company, owns 75% of Borealis, while the remaining 25% is owned by a holding company of the Abu-Dhabi based Mubadala. We supply services and products to customers around the globe through Borealis and two important joint ventures: Borouge (with the Abu Dhabi National Oil Company, or ADNOC, based in UAE); and Baystar™ (with TotalEnergies, based in the US). www.borealisgroup.com | www.borealiseverminds.com

About SYSTEMIQ
SYSTEMIQ was founded in 2016 to drive the achievement of the Paris Agreement and the UN Sustainable Development Goals by transforming markets and business models in four key systems: land use, circular materials, clean energy, and sustainable finance. A certified B-Corp, SYSTEMIQ is a global advisory and investment firm that partners with industry, government and civil society, financing, and invests in high-impact ventures with the potential to unlock economic opportunities that benefit business, society, and the environment, and deliver systems change.
To learn more, visit www.systemiq.earth. 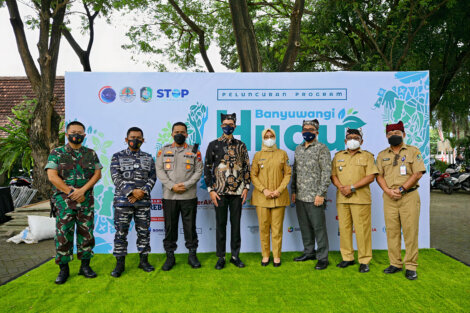 Collaboration between Borealis, Neste and MAM brings new soother to market made with renewably-sourced feedstock

On presents the first ever shoe made from carbon emissions in partnership with LanzaTech, Borealis and Technip Energies

Borealis to retender the majority of contracts for PDH construction site in Kallo, Belgium, after termination of all contracts with IREM