Borealis, a leading provider of innovative solutions in the fields of polyolefins, base chemicals and fertilizers, announced today that Willy Raymaekers, a board representative of reference shareholder Borealis, has been appointed as new CEO of Rosier S.A. The appointment will deepen the partnership between Borealis and Rosier and represents the first of a range of intended organisational changes and synergies designed to grow the European fertilizer business.

“The changes in leadership and structure mainly reflect our aim to work more closely together in the areas of production, commercial activities and procurement where Borealis’ scale and network in Europe provide Rosier with a platform for growth,” highlights Willy Raymaekers.

“The appointment of Willy Raymaekers as CEO presents an opportunity to build on the existing synergies between Borealis and Rosier,” says Markku Korvenranta, Executive Vice President Base Chemicals. “Rosier brought Borealis a solid position in the Benelux fertilizer market, access to overseas export markets and a related overseas sales network and a diversified portfolio of speciality products. The new CEO, and with him the intention to introduce a new organisational structure, is a next step in increasing the cooperation between both companies in order to develop and grow our fertiliser business in Europe.”

Willy Raymaekers has 24 years of operations and senior business management experience with Borealis within various roles. Borealis acquired the majority of shares of Rosier from Total, on June 28, 2013 and currently holds 77.47% of the shares. He became Chairman of the Board of Rosier S.A. when the ownership changed in 2013. He will combine his current role as Chairman with the role of CEO. Daniel Richir will remain a member of the Rosier Board of Directors and continue to support the organisation as Senior Advisor.

“I would like to thank Daniel Richir for his long term devotion to leading the company to the point it is today,” concludes Willy Raymaekers. “Rosier is now positioned for increased growth in close cooperation with Borealis.”

Further organisational changes will be implemented following discussions with the works council and are subject to compliance with the applicable procedures.

Rosier is a mineral fertilizer manufacturer with two production facilities, in Moustier, Belgium and Sas van Gent in the Netherlands. Its products are marketed in more than 80 countries worldwide. Borealis acquired the majority of shares of Rosier from Total, on June 28, 2013 and currently holds 77.47% of the shares. 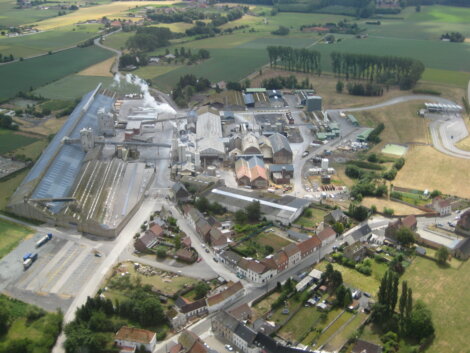 Borealis and EREMA Group provide a first glimpse of the topics, activities and highlights they will present in Düsseldorf